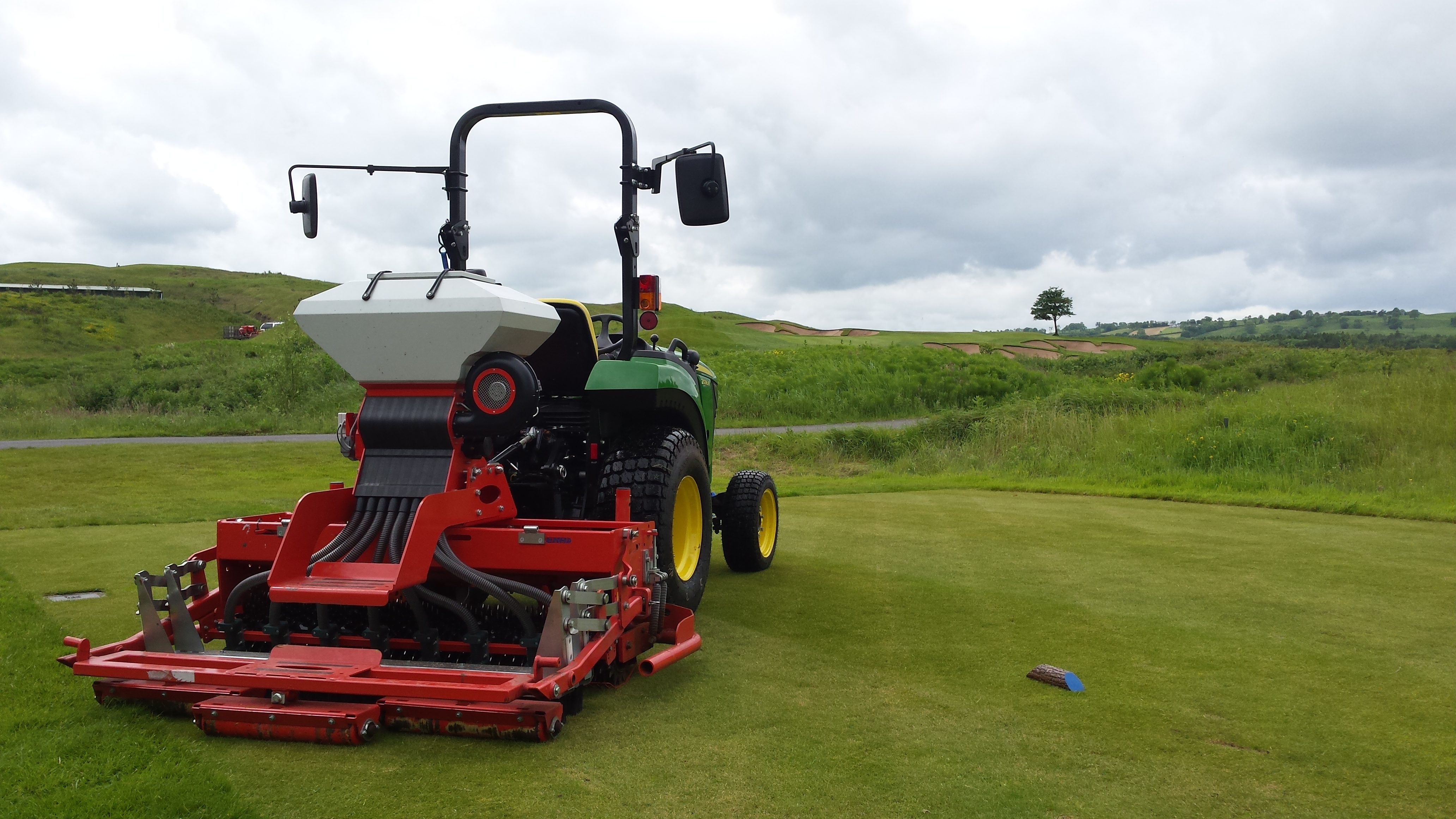 The Terra Float Air – Wiedenmann UK’s distinctive-looking pneumatic surface conditioner and overseeder – has an army of fans signed up for demonstrations this spring.

“At Saltex, then at BTME we had lots of enquiries with everyone asking to see it from March, so our dealers are primed and ready,” said a Wiedenmann UK spokesman.

Offering maximum accuracy at quantities from as little as 1 g / m² the Terra Float Air, combines three units in one.

A base unit aerates or loosens soil to 30 mm using either spikes or fine slits. Then the top-mounted pneumatic air seeder assures a receptive seed bed either pre or post top dressing. Finally, a brush and roller combination incorporates top dressing materials to the ground before smoothing the surface.

“It’s still a brand new machine as it was only available from autumn 2017,” continued the spokesman. “With its very fine seed rollers exact calibration is achievable. Distribution of the seed is absolutely uniform via the air flow and deflector system. Those with expensive or ‘rare seed’ can be confident of success while memory function on the control pad stores input and calibration data for the next use.

“Feedback from the first tranche of new owners is exactly what we hoped; many of them are golf clubs and contractors from across Britain and Ireland – early adopters if you like. They are saying it meters the seed really well, that it actually does put the seed into the holes at low rates and offers great cultural action.  The flexibility and control it offers from the cab has been commented as well as good forward speed and very clean surface even on undulations.”