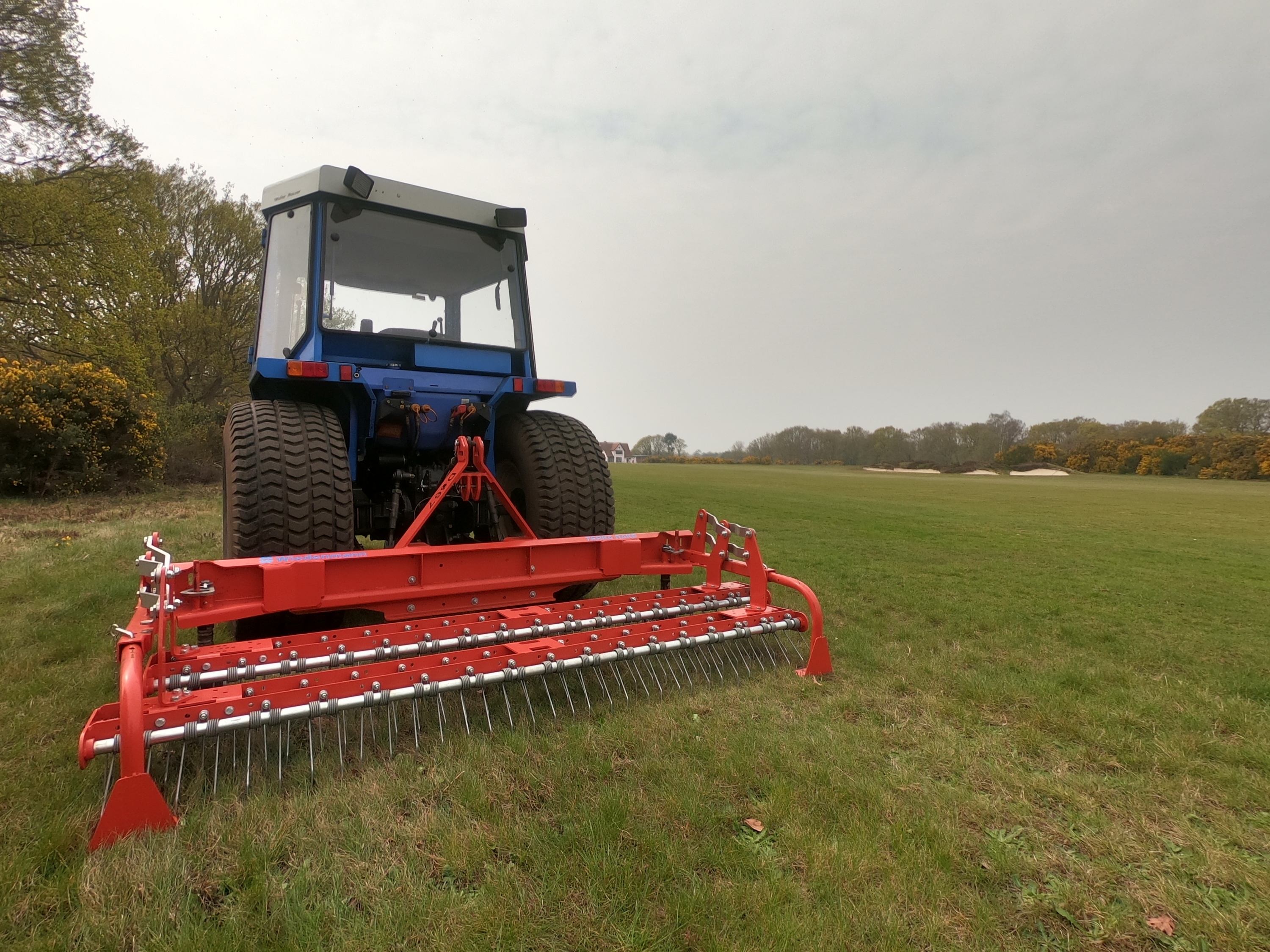 “In all honesty we’ve wanted this machine since the day it was released. We purchased a rival machine literally weeks before the Terra Rake launch and had a severe case of machine envy ever since. Now we finally have one,” he said.

Graham Brumpton’s first trial of the machine was actually on the Suffolk  course’s Purdis Heath 18th fairway on the day it was delivered.

“I couldn’t believe its productivity and speed. My team were looking on impressed… the more momentum, the better the results.”

An immediate project for the Suffolk club, which comprises both an 18 hole and a 9 hole course, is thatch and moss removal.

“Off the back of the drought last summer – and bearing in mind we are a heathland course – we applied generous amounts of iron. Now we want to remove all organic matter that we can from the surfaces to open up the turf, letting moisture and light back in. We also drilled seed last year.  With such a dry autumn we didn’t get much of a take on germination. Then a very dry winter followed. I’m hoping despite everything, the seed bed is still in there.  The Terra Rake is exactly the kit to open it back up to return water and light.  There’s a still a hope to get germination from the seed.

“All fairways were terra-raked in March with a double pass.  It really rips into remove the organic matter but it also helps stand up the grass.  We’ve followed on behind with our blowers and collecting units and it’s made a real difference.  Like many greenkeepers in this part of the country we in the lap of the gods praying for significant rainfall to reap rewards of hard work done.”

Graham joined the club straight from school in 1990 and became course manager in 2012.  He now heads a team of eight.  Ipswich GC also purchased  a  Wiedenmann Terra Spike GXi8 HD at the same time, the club’s third Terra Spike too speed up greens aeration and micro-tining.

Co-ordinating the delivery and set up of both machines was Eddie Jack, Field Sales Manager from dealers Ernest Doe & Sons at North Walsham.