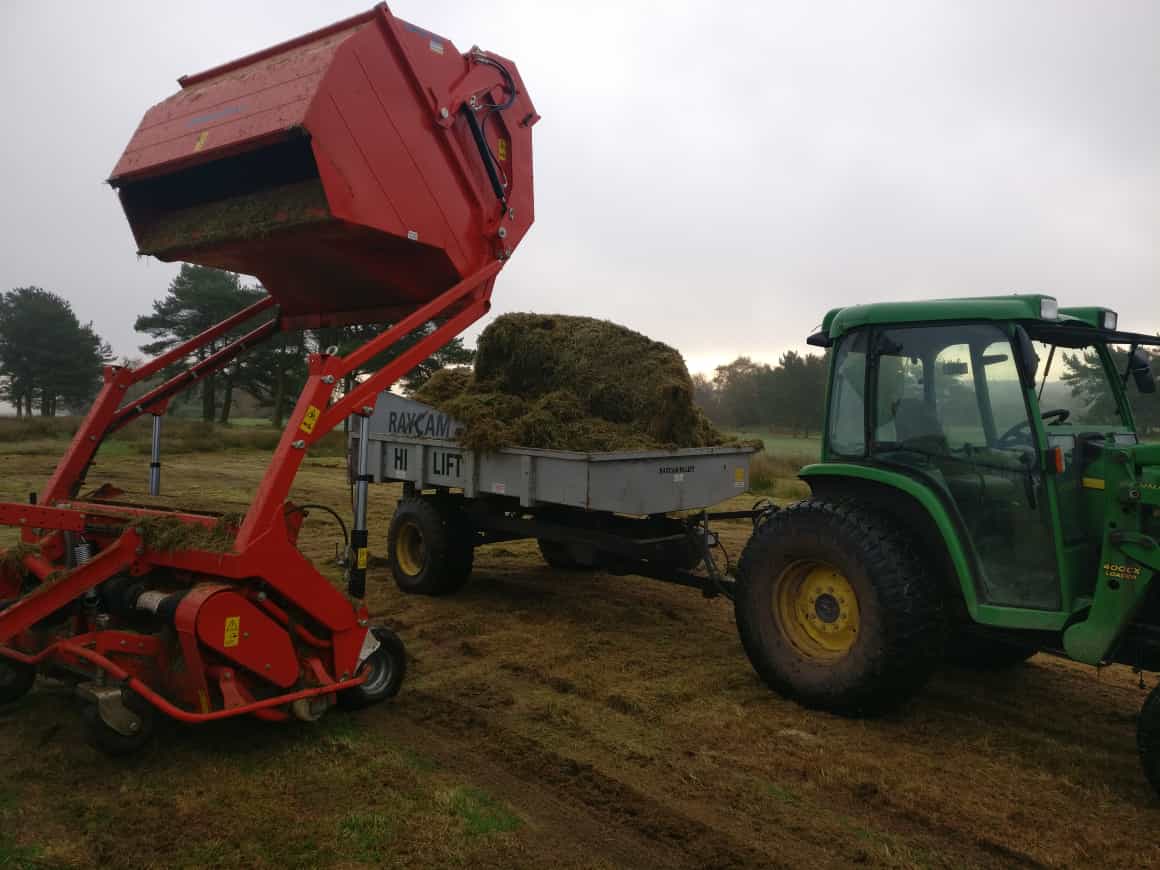 When it comes to cutting and collecting, greenkeepers at Bolton Old Links GC confidently go about their business.

Purchase in spring 2017 of a Wiedenmann Super 500, a 1.7m Terra Rake and a Whisper Twister blower kick-started a programme of rough and fairways management. Already huge progress has been made with several vast unplayable areas back under control.

Course Manager at the busy Lancashire club, Steve Hemsley has nothing but positives for the difference being made.

“We’re getting on really well. We have two distinct areas of rough; normal rough and ‘penal’ rough.  The straight forward rough is cut weekly when it’s been growing, maintained around two to three inches and is much cleaner than before.

“Our penal rough was previously really thick and harsh but it’s now about two feet all over. We cut it as soon as our machines arrived, then regularly from October onwards and just before the start of this season.  Already the top is much thinner and wispier, just as we’d wanted but the base needs more attention as it’s still quite thick.

“Ordinarily in July we’d have been cutting and collecting penal rough all through but we haven’t. Several big events plus our 10 yearly standard scratch score course assessment falling back to back meant we opted to leave it to grow tall and make it a feature. The prolonged dry conditions have been perfect. So the Super 500 will be out daily in August, cutting and collecting at every opportunity, dragging through the Terra Rake afterwards at a good speed to clean the base. If needs be, we’ll go back in with the blower and blow out any debris.  Then we just repeat.”

Bolton Old Links GC, established in 1891 and redesigned by Dr Alister MacKenzie in 1924, consistently earns plaudits for its unique challenge and fast greens. Built on undulating farmland and a relatively exposed site, it boasts some spectacular vistas and attracts many visitors.

“We’re not a parkland course as such but we do have lots of trees,” said Steve Hemsley. “We have mostly pines so collecting windfall is constant especially needles and cones.”

The greenkeeping team of five uses their 180° Whisper Twister blower week in, week out.

“It goes around and tidies all the time,” continued Steve Hemsley. “In winter it blows leaf litter and any tree damage or small branches.  In spring it can be anywhere around the course helping us with presentation while in summer it just keeps on top of things.

“With only two tractors we can’t always use our Wiedenmann’s together as we might like. Sometimes the blower rounds up debris and blows into the path of either the Terra Rake or the Super 500, or else the Terra Rake and the Super 500 sweeper collector will be out in tandem. All three machines ride the contours very well and are doing a great job.”

Bolton Old Links GC is supported by local Wiedenmann dealer Balmers Burnley depot with whom they have a long standing relationship. Ground care specialist, Andrew Meeks, is the club’s principal contact. “We’ve a preferred supplier agreement and to be fair they, and Andrew in particular, have been fantastic throughout, not just at demo but at after sales,” concluded Steve Hemsley.