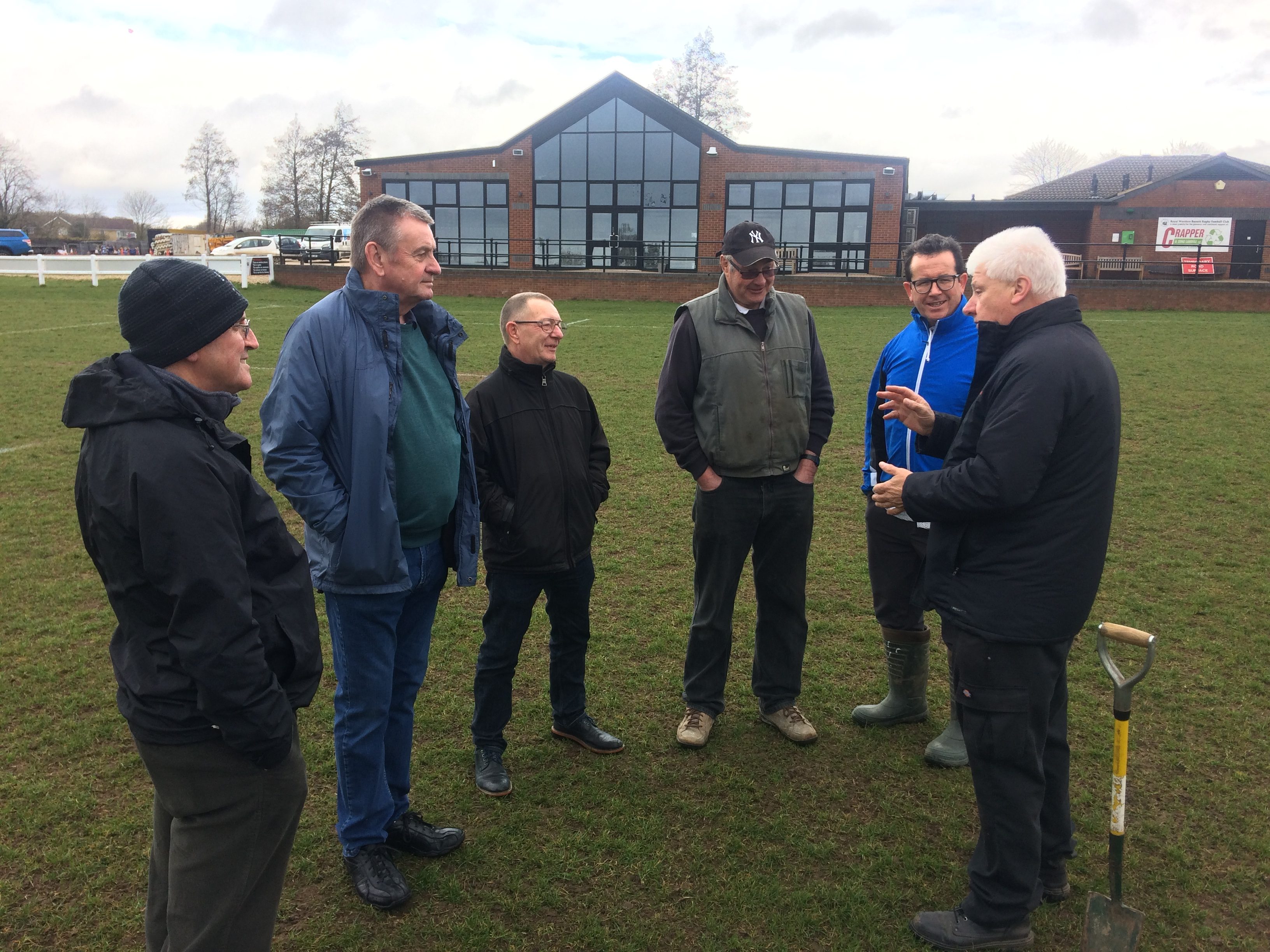 A Wiltshire rugby club which took a huge step four years ago to keep its five pitches and training areas playable has received a massive boost from one of the top names in English rugby.

In 2015, Royal Wootton Bassett RFC applied for a Rugby Football Foundation (RFF) grant and sought funds from a Sport England grant for grounds maintenance equipment. With funds in place, and after receiving expert advice from Keith Kent, Twickenham’s Head Groundsman through the RFU’s ‘Groundsman Connected’ scheme, they chose a Terra Spike XF6 refurbished through Wiedenmann UK’s own workshops.

Fast forward four years.  Keith Kent on his return celebrated the efforts of the dedicated volunteer grounds team. Assessing the club’s Ballards Ash facility as part of a review programme, he reserved highest praise for those who give up their time for free.

In a written report circulated to club members, he said:  “It is a few years since I last visited the club along with Dave Stubley, (RFU Funding & Facilities Manager). I returned with Jon Bendle (RFU, Area Facilities Manager) and was absolutely delighted with what I found. What a transformation. What a club house. What a team of great volunteers that represent this great club.”

Special praise was also extended to contractor, Bretton King, who is employed by the club to implement major improvements.

Giving specific advice for improving each of the club’s pitches, Keith Kent summarised the combined efforts of contractor and volunteers by commenting:  “The renovation works are all in hand with sand, aeration, seed and feed all being done to the highest standard. If we get a half decent summer pitches will bounce back and be at their best. Please keep up the maintenance work on your pitches in-house. The chain harrows are a great piece of kit and your very own Wiedenmann XF6 has made such a difference to your pitches. Congratulations on buying this machine. I have one at Twickenham and wouldn’t part with it for the world.  A Wiedenmann Terra Spike is just what I would wish for every club in the country. It is an awesome piece of kit and one that you must use was often as you can. It is the difference between having good pitches and not. Remember only to go on when the weather and the conditions allow.”

Realistically volunteers try to aerate a full pitch every week in rotation.  Applauding Royal Wootton Basset’s future proofing, the top tier Head Groundsman said: “Your equipment shed is just awesome! I am so jealous of you. I showed the pictures to my staff and they were laughing that you had more room than we have. Well done to the club. They had the foresight to build for the future and that included the groundsman, his team and his equipment.”